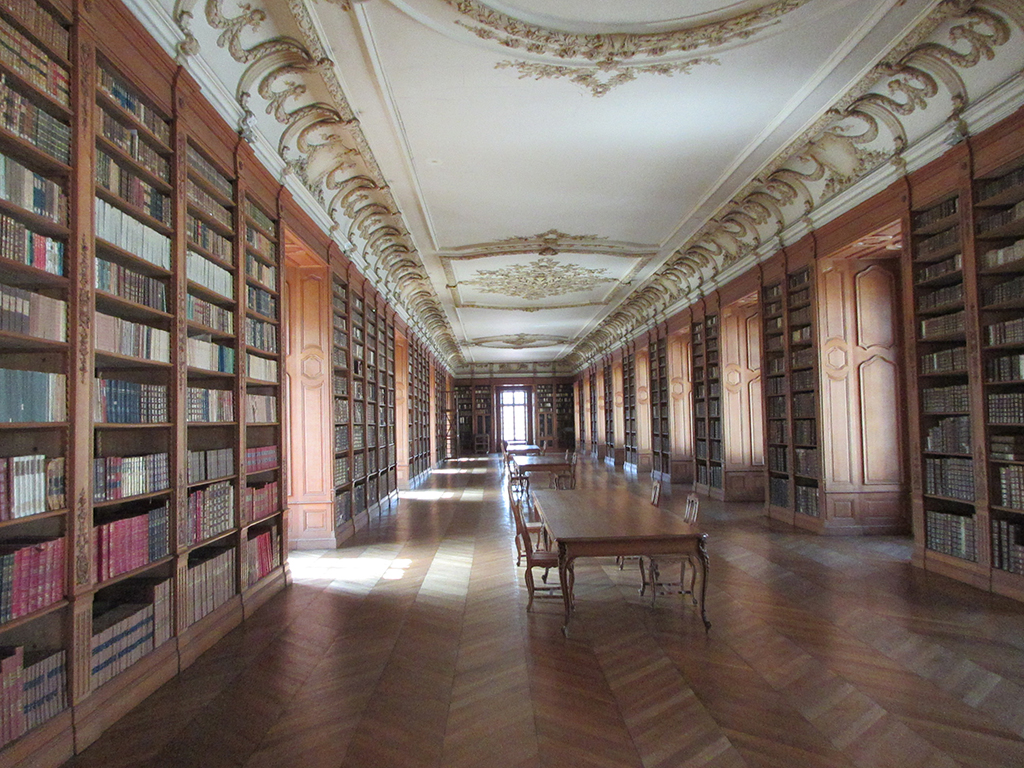 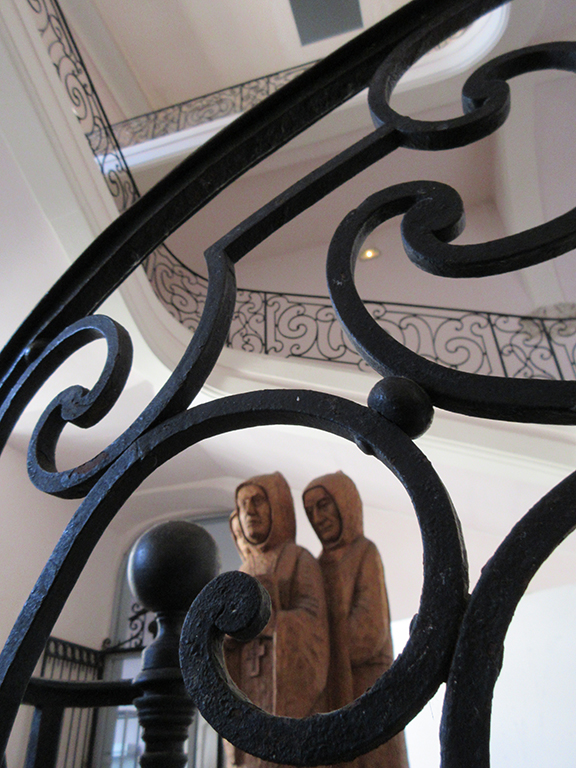 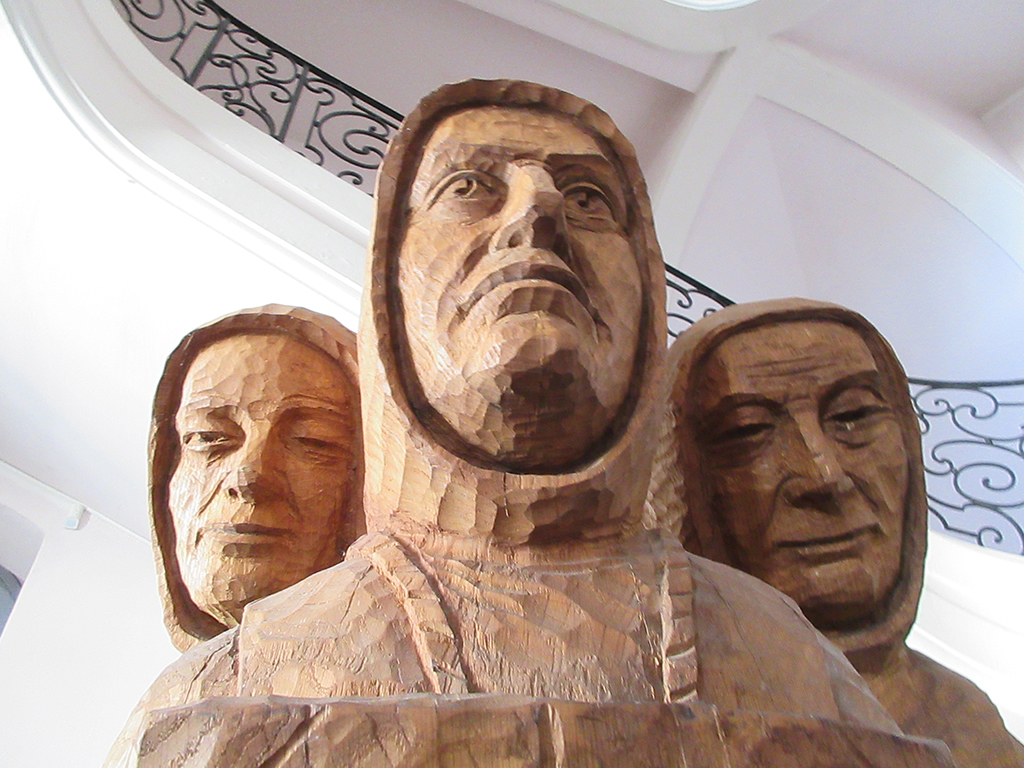 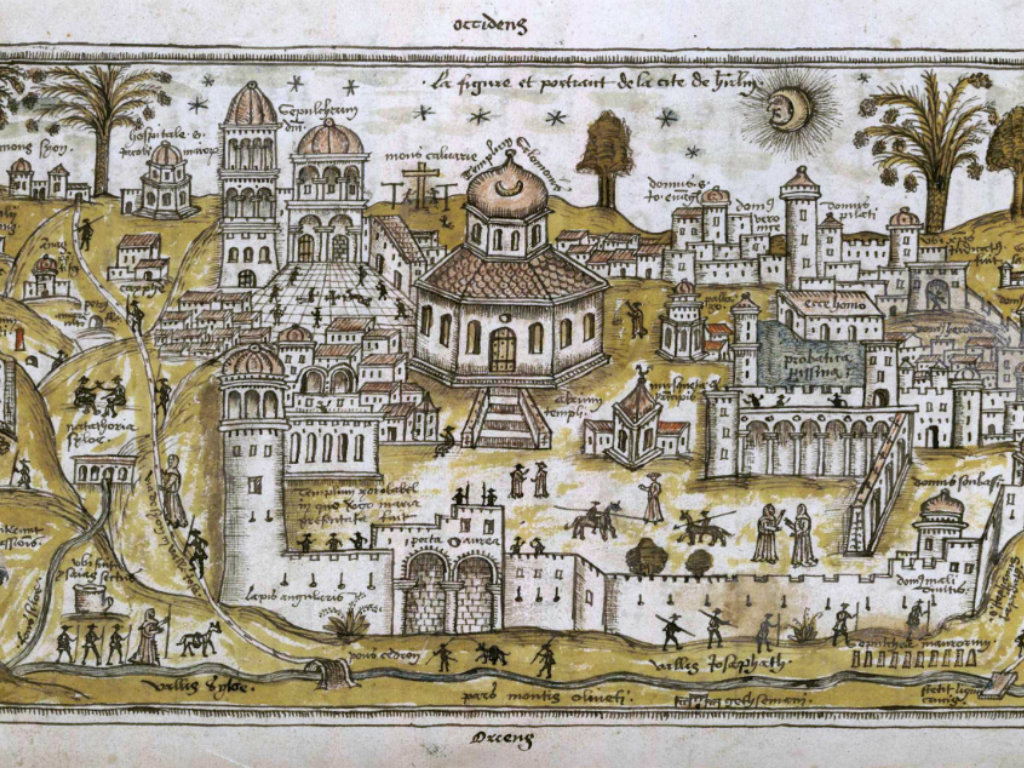 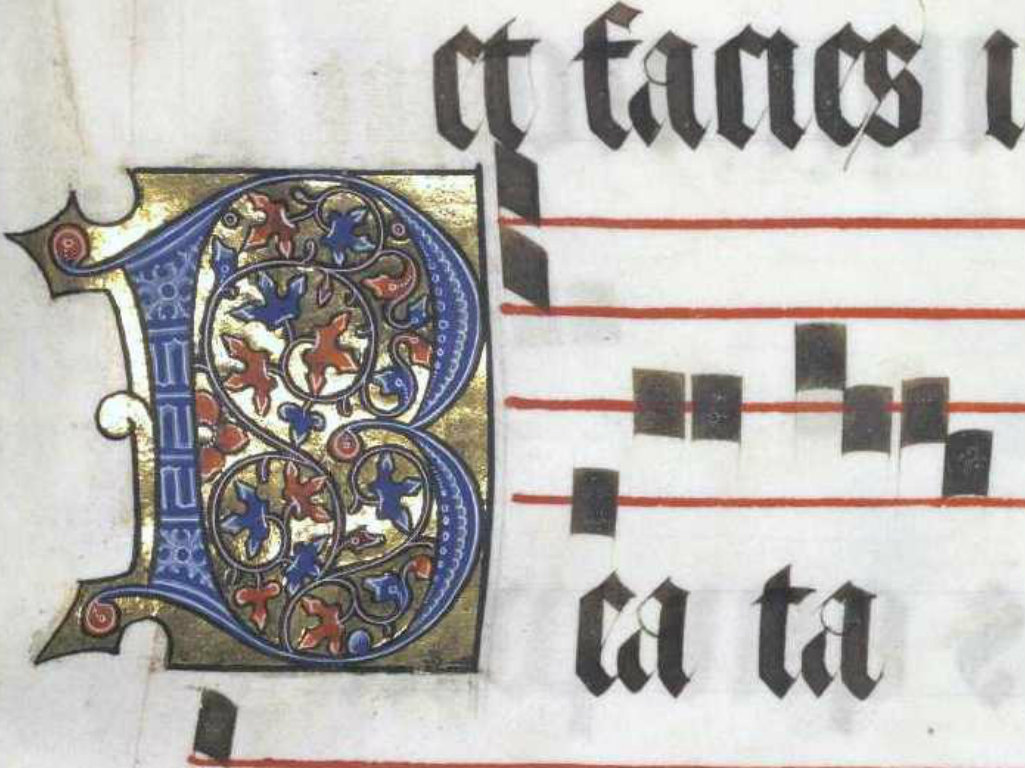 St. Michael’s Abbey in Saint-Mihiel was founded in the Carolingian era. The first books (manuscripts) were stored in the church outbuildings at that time. Over the centuries, their number grew, especially after the invention of the printing press in the 15th century. The collection was moved several times but was eventually given a magnificent new home circa 1775, in purpose-built rooms.

Today, the town of Saint-Mihiel is unusually fortunate to have retained much of the collection built up by the Benedictines and to be able to display it in the rooms and on the shelves that it has occupied for most of that time despite the losses resulting from the abandonment of the library between 1791, when it was confiscated as national property, and 1848 when it was entrusted to Saint-Mihiel town council. It also suffered during the destruction that marked the 1914-1918 war.

For the past two centuries, then, the library has been laid out in two rooms with a floor-to-ceiling height of 5 metres. The first of the rooms is square and it is particularly remarkable for two features – its richly decorated moulded plaster ceiling representing the four seasons, the four elements and four of the five continents, and its carved oak panelling dating from the 18th century. The second room is 50 metres long. It is more austere but has 17 windows. Its ceiling and panelling were painstakingly restored after being badly damaged during the First World War.

At present, the so-called “Benedictine” collection consists of almost 9,000 books, most of them from the actual abbey. However, this is not the entire collection. Some of the books were sold, exchanged and, unfortunately, stolen after the French Revolution. On the other hand, the collection has been extended to include books from other sources in the town.

Of the 8,780 “books”, 74 are manuscripts dating from the 9th to the 16th centuries. The actual books include 86 incunables (books printed in the 15th century) and 1,150 books from the 16th century. Some 6,000 works contain the handwritten ex-libris of Saint-Mihiel’s Benedictine abbey.

The books are not limited to religious subjects. Almost one-half of them consist of history, literature, law, the sciences, travel etc.

Over the summer season, thematic exhibitions turn the spotlight on some of the remarkable works from the first room in the library. Screens set up in the great chamber show the most beautiful pages of manuscripts from the Benedictine collection.

Digitised works can be consulted online during visits to the Benedictine library. A manuscript by Dom Loupvent, a monk at St. Michael’s Abbey, describes his journey to the Holy Land in the 16th century. A film about this monk by a researcher can be seen here: http://domloupvent.univ-lorraine.fr/#/la-carte

Other manuscripts, including the famous Gradual (choir book) can be seen here: http://archives.meuse.fr/resource/a011418741123RPcAW4