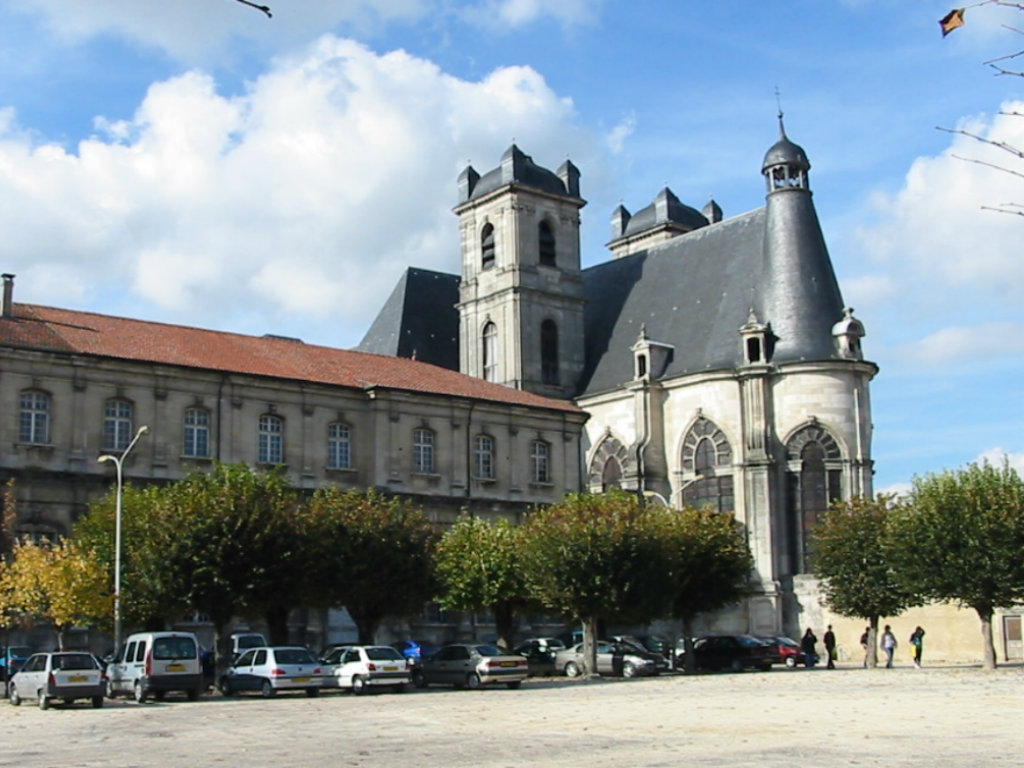 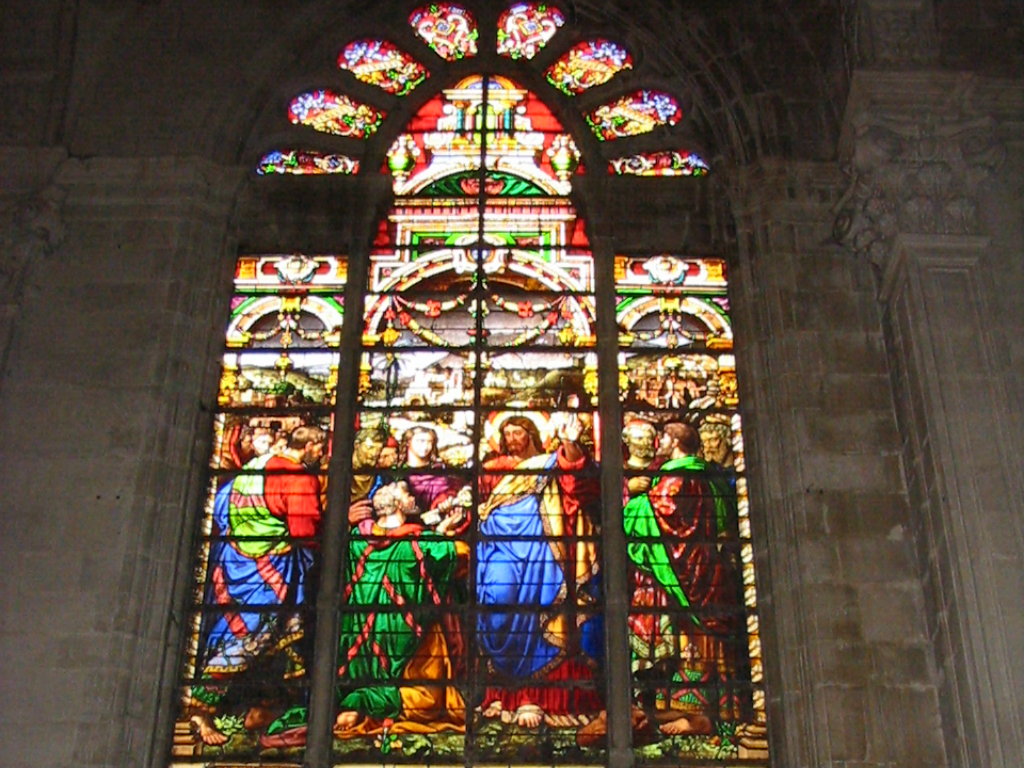 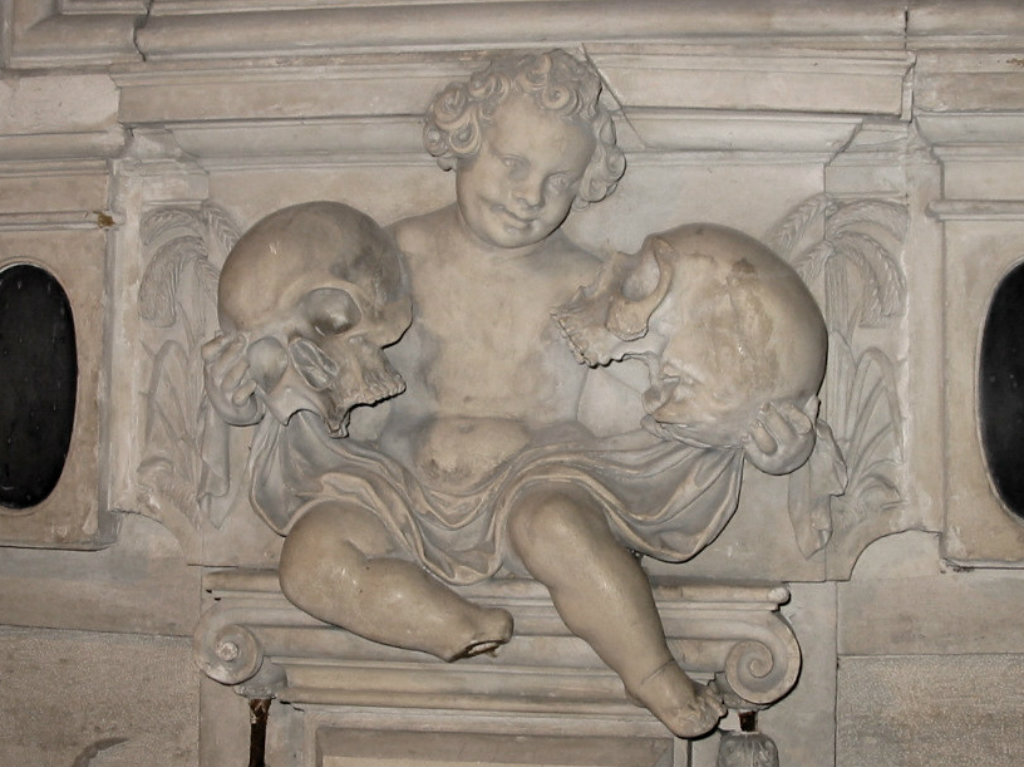 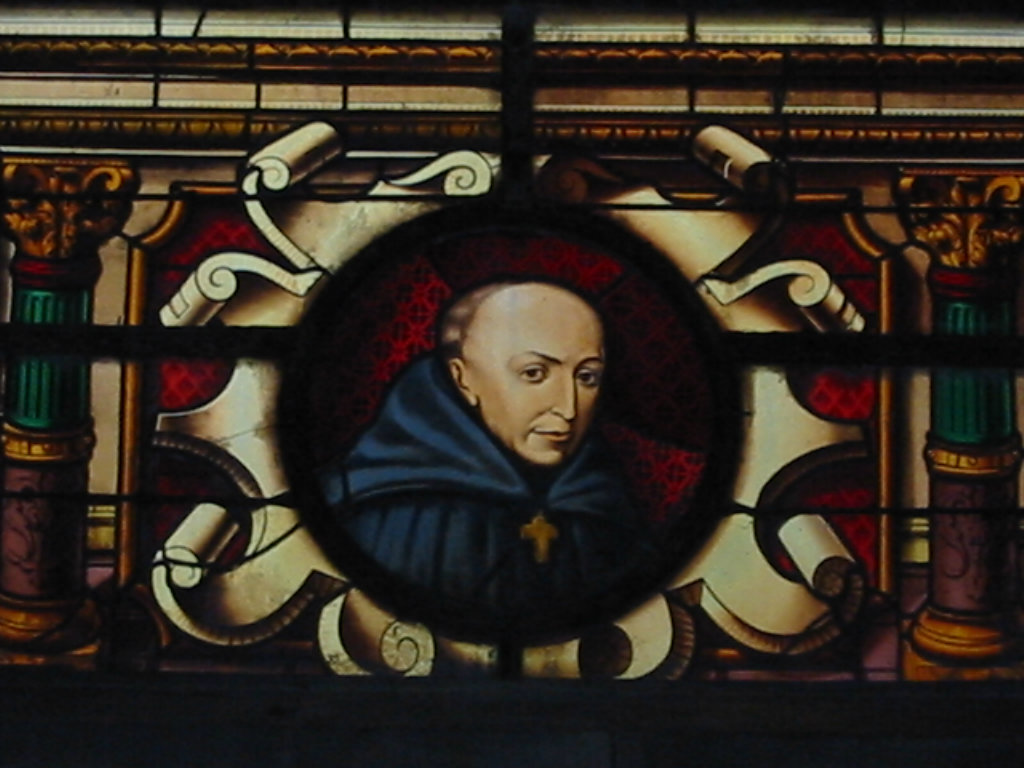 The first abbey was built on Mont Castillon, some 7 km east of the current location of Saint-Mihiel. Circa 709 AD, a few monks settled on land that belonged to Count Wulfoad, administrator of this pagus in Austrasia. It was a small district which included a chapel that was probably dedicated to St. Michael since Wulfoad and his wife, Adalsinde, were deeply devoted to the archangel. Wulfoad’s assets, however, were confiscated by King Pepin and the Mont Castillon district was given to the monks of Saint-Denis Abbey. The first abbey dedicated to St. Michael was built in 755 AD.

Circa 815 AD, Smaradge, one of Charlemagne’s closest friends, moved the abbey to land at the confluence of the Rivers Marsoupe and Meuse. It was built more or less in a square and comprised a cloister and an inner courtyard. The name of Saint-Mihiel was first mentioned in a text in 1106 but it was probably in use before then. It is thought to have come from an alteration of the name “sanctis Michaelis”.

On 24 September 1791, the town council divided the community into two parishes, founding the parish of Saint-Michel. In those days, Saint-Mihiel had a population of more than 6,000.

The Romanesque westwork dates from the 12th century. Until the middle of the 18th century, it was topped by a pointed bell tower. The four corners of the top cornice are decorated with wolf-shaped gargoyles. The 35-metre tower and the walls are supported by 3-stage piers. The piers on the nave form the bases for elegant obelisks.

Beneath the porch are statues of various mythological or famous figures. For many years, the abbey church was the burial place of the Counts of Bar, princes, abbots, aristocratic families etc. Thirteen tombstones with epitaphs serve as reminders of some of them.

In the late 17th century, Dom Maillet, Abbot of Saint-Mihiel, gave the abbey church the appearance it has today.

Inside, the building measures 70 metres from the entrance to the back of the apse. It is 18 metres in height. The eight fluted columns with Doric capitals decorated with brackets stand on clawed bases.

In days gone by, the chancel was separated from the nave by a roodscreen. A section of narrative frieze can be seen above the door into the small sacristy.

The nave is suffused in light from ten huge Gothic windows comprising a terminal arch with diamond-shaped tracery. The small windows in the side aisles have an alternating Romanesque and Gothic design.

The organ above the main entrance is supported by two caryatids. The pipes on the sides are topped by ducal crowns. The organ, which is one of the most beautiful in France was designed by François Molet between 1679 and 1681 at the request of the abbot, Dom Hennezon, who was born in Saint-Mihiel (he died in 1689). The first builder of the main organ was Jean Adam. It has 38 stops, 3 keyboards and one pedalboard.

The baptismal chapel contains part of the tomb of Warin de Gondrecourt, counsellor at the Cour des Grands Jours (a sort of mediaeval circuit court). The tomb was carved in 1608 by Jean Richier, Ligier Richier’s grandson. Above the frame is The Child with the Skulls. The child is smiling at the skull on its right and seems to be chatting with it. The other skull is turned towards visitors, inviting them to stop and think for a while. Leaves and ears of corn decorate this “singular dialogue between the early stages of life and its ending”.

The statue of St. Michael on the altar is unusual for the set of scales that the archangel is holding in his left hand to weigh the souls appearing before God, their supreme Judge.

The east wall of the transept is decorated with St. Michael slaying the dragon. This work is a copy of a painting by Le Guido (1575-1642). It dates from 1777 and was painted by Sampigny-born Nicolas Saunier. The original work can be seen in the Church of Santa Maria della Concezione, in the via Veneto in Rome. There is a mosaic copy in St. Peter’s Basilica.

In the church, the depth of the chancel (25 metres), its decoration and its vaulted roof, which is taller than the one in the nave, make this a fine example of 17th-century magnificence. The walls are lined with Louis XIV wood panelling by François Molet. The 80 choir stalls are surprisingly ornate, with a wide range of different decorative devices. They were carved by Pierre Rouby and Jean Cimar, who even carved the misericords (projections under the seats of the choir stalls that enabled the monks to “perch” while seeming to remain standing). The corners of the crossing are decorated with two sheathed caryatids holding the ends of garlands of flowers hanging in a triangular layout above their heads.

The Virgin Mary Swooning (La Pamoison de la Vierge or La Vierge défaillante) is a sculpture in walnut by Ligier Richier. It shows the Virgin Mary being supported by St. John after hearing of the death of Christ. 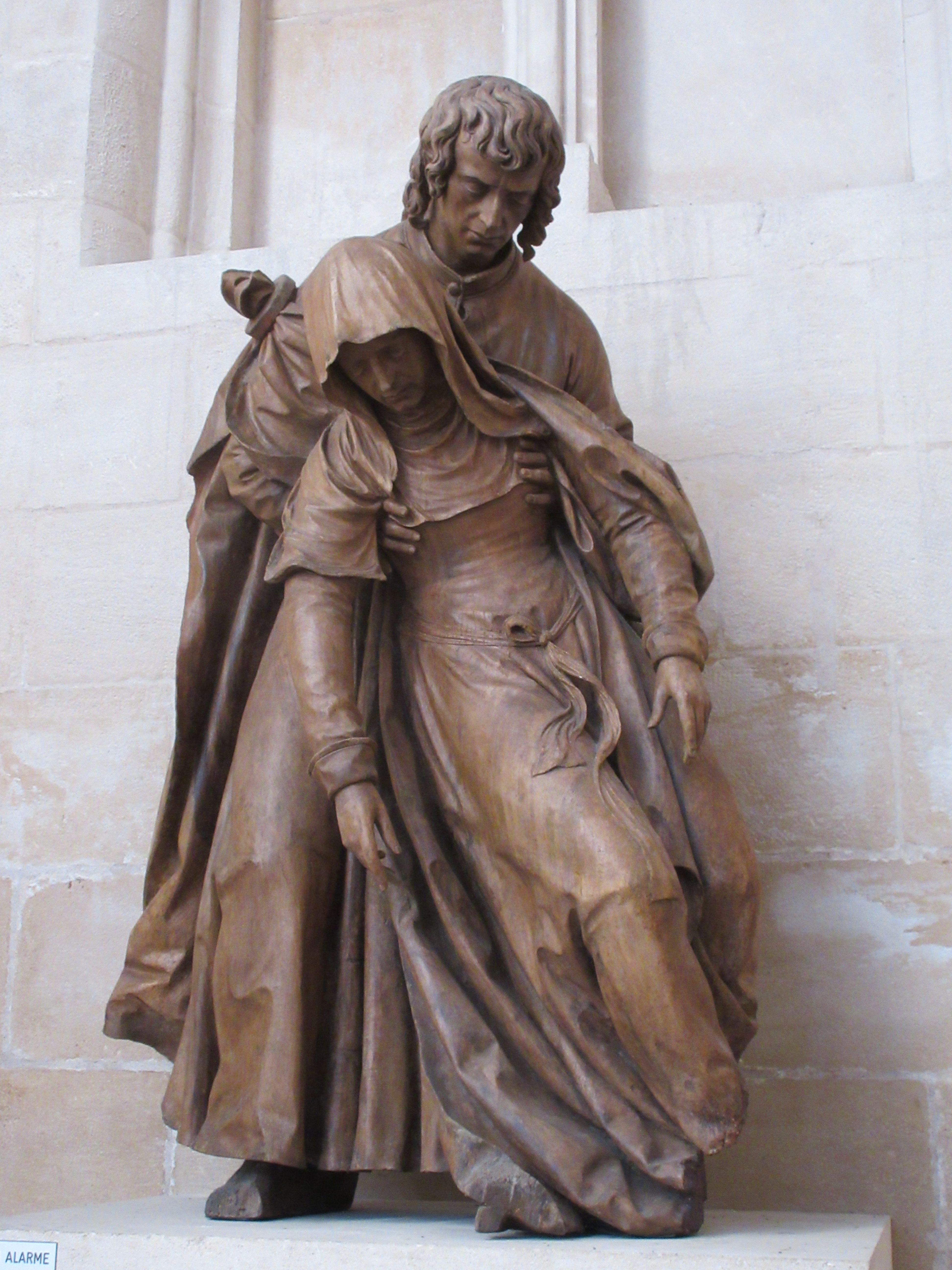